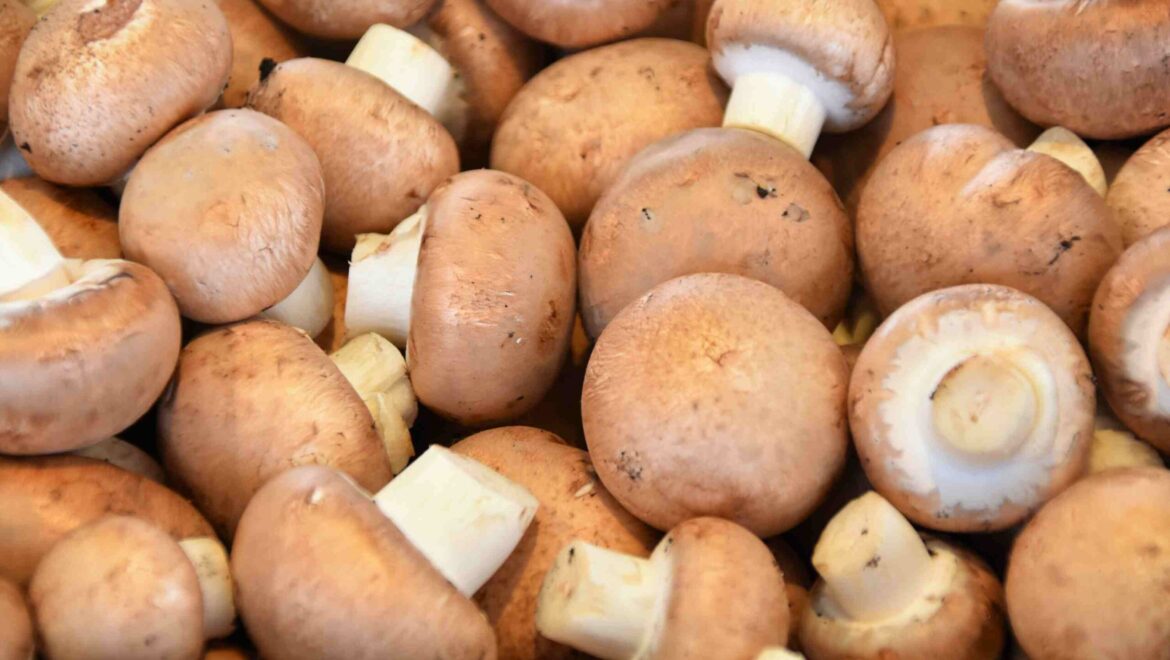 What’s the best way to cook mushrooms? How do you store them to make them last longer and why are they so good for you? We take a look at their nutritional benefits.

All mushrooms are fungi and they produce spores, similar to pollen or seeds, which allows them to spread or travel by the wind. The rest of the mushroom then matures, typically living in soil or wood.

There are many different types of mushrooms, some of which are edible including well-known species such as button, oyster, porcini and chanterelle. There are, however, many species that are not edible and can in fact cause stomach pains or vomiting if eaten, and in some cases could be fatal, such as the common death cap mushroom.

Mushrooms are being increasingly researched and used for their important health benefits, with different varieties having different medicinal properties.

Here are 4 health benefits of mushrooms

All types of edible mushrooms contain varying degrees of protein and fibre. They also contain B vitamins as well as a powerful antioxidant called selenium, which helps to support the immune system and prevent damage to cells and tissues.

In particular, white button mushrooms are one of the few non-animal sources of vitamin D. When they are grown, whether indoor or outdoor, they are exposed to UV light which increases their concentration of vitamin D.

3. May help protect against cancer

In particular, certain varieties of mushrooms have been shown to have potential in protecting against cancer by protecting our cells against DNA damage but also inhibiting tumour formation. There is also some evidence that they may be beneficial in the treatment and management of neurodegenerative diseases such as Alzheimer’s.

Mushrooms have been shown to have some therapeutic properties that can help to lower cholesterol, particularly in overweight adults, as well as phytonutrients that can help prevent cells from sticking to blood vessel walls and forming plaque build-up. This in turn then helps protect the heart by maintaining healthy blood pressure and circulation.

What is the best way to cook mushrooms?

While mushrooms can be eaten raw and may have a beneficial effect on the digestive system, certain cooking methods have been shown to increase their nutrient value, especially if grilled or cooked in a microwave.

New research by the International Journal of Food Sciences and Nutrition looked at certain mushroom types (namely white button, shiitake, oyster and king oyster mushrooms) along with different cooking methods and found that when mushrooms are exposed to short cooking times they retain more of their vitamins and nutrients.

Microwaving or grilling mushrooms significantly increased their antioxidant activity, even when grilled in a small amount of oil, when compared to boiling or frying.

What is the best way to store mushrooms?

Mushrooms can start to deteriorate quite quickly and, if bought pre-packaged, they are often best kept in their original packaging in the fridge. If you buy loose mushrooms then they should be stored in a paper bag or in a container (without the lid) wrapped with plastic that is punched with a few air holes and stored in the fridge.

However, there could be a way to boost the vitamin D in your mushrooms naturally at home. Place them on a windowsill for just 1-2 hours to give them an extra shot and place them ‘bottoms up’ so that the underside of the caps is exposed. This is the area most sensitive to light.

Warning about foraging for mushrooms

Foraging has become popular in recent years, but with so many varieties of mushrooms, and not all being safe for human consumption, it’s important that you heed caution before dashing out to the nearest woodland.

Take photographs with you of the common edible varieties, as generally they are quite easy to identify, and then make sure that they are cooked as only a few are safe to eat raw. If in doubt, don’t eat it!