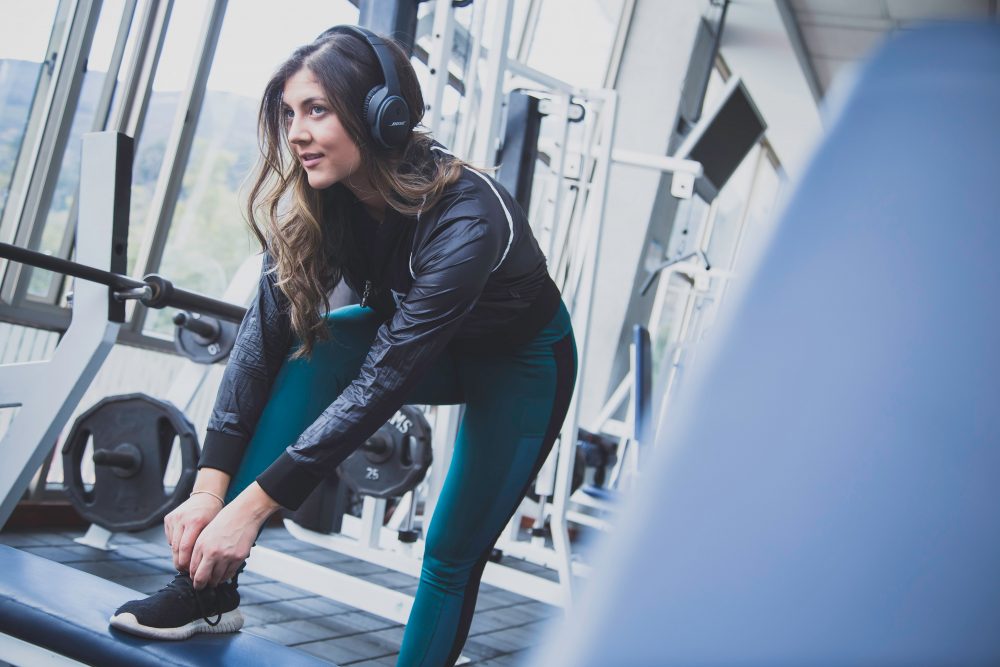 Though some people actually love physical activity and look forward to it, for many of us, exercising is a mighty drag. Exercise has also had an added PR problem in recent years: A growing body of evidence has shown that it’s not all that good for weight loss, which was probably many people’s reason for doing it in the first place. It may help with weight a little, especially for maintenance, but by and large, if you want to drop pounds, the most effective way is to eat less, not necessarily to exercise more. That said, research in recent years has also illustrated quite persuasively what exercise is good for—and it is actually good for a number of things, including some very profound things, like reducing dementia risk. Here’s what science tells us we should probably keep exercising for, even though we may not love every minute of it.

Reduces inflammation (and cancer and diabetes and…)

This one is a big one, since inflammation may be an underlying cause of a wide range of diseases and disorders in both body and brain. Exercise is known to reduce a number of inflammatory markers, like c-reactive protein (CRP) and internleukin-6 (IL-6), which are linked to a number of diseases. “The thing about exercise is that it has a multitude of effects on many different organs and systems,” says Suzi Hong, who studies exercise and immune system activation at the UC San Diego School of Medicine, “so often it is difficult to pinpoint which organ systems are influenced and which ones are not with which specific effects for what conditions… The anti-inflammatory effects of exercise are likely one of the underpinnings of its effects against cardiovascular disease, diabetes, certain cancers, neurodegenerative conditions and more.”

A new study from her lab shows that a 20-minute moderate workout has measurable effects on the immune system: Participants were asked to walk or jog on a treadmill, depending on their fitness level. They measured levels of TNF, an inflammatory marker, before and after the exercise, and found that there was a 5% reduction in the number of immune cells that produced the marker.

Previous studies from her lab have also shown that the exercise is linked to changes in the secretion of stress hormones like epinephrine (a.k.a. adrenaline) and norepinephrine. “Our work has shown that each moderate, relatively short exercise bout exerts regulatory/suppression effects over inflammatory activities of immune cells,” says Hong, “and in order to maximize this ‘benefit,’ repeated and regular exercise is recommended. In fact, we have also found that higher physical fitness is associated with better regulation of inflammatory activities of immune cells through stress hormones even among obese individuals.”

A workout once in a blue moon won’t do it, she says: you really have to exercise regularly, since hormone levels largely return to baseline after you exercise. That said, there’s an effect that accrues over time, which is what you want to harness by being active at least a few times a week. “What I’d caution readers is not to view our results as ‘one 20-minute moderate exercise will be a cure for all inflammatory conditions,’” says Hong. “These significant immune effects we observed occurred immediately with one bout of exercise, and likely will occur each time one exercises. So every time you exercise you’d see this effect, which will be cumulative over time.”

Reduces the risk of heart attack and stroke

Although the cardiovascular effects of exercise are partly related to inflammation, they still deserve their own category. Exercise is one of the best-illustrated things we can do for our hearts, and this includes markers like blood pressure and cholesterol, in addition the physical structure of the heart itself, and blood vessel function. Studies have suggested that 30 minutes per day is good enough to keep the heart in shape, while others have suggested we do more than this to get a real effect. Some have found that light activity is even enough to help the heart, but not all research confirms this, so it’s a little hard to tell how low levels of activity affect heart health over the long term. Additionally, too much exercise has also been shown to be stressful to the heart. So all this is to say that there’s probably a sweet spot somewhere in the middle for optimal cardiovascular health.

Exercise has long been correlated with a longer life, but it’s only recently started to become clear why this might be. Studies, like a new one in the journal Preventive Medicine which found that exercise is linked to longer caps at the ends of chromosomes, have helped flesh this out a bit more. These caps, called telomeres, naturally shorten as we age, with each cell division. People who live a long time have telomeres that are in better shape than those who don’t—but there’s a lot we can do to affect the rate at which they shorten over the years. The team behind the new study looked at data from CDC’s National Health and Nutrition Examination Survey, and found that for people who exercised regularly, their telomeres were 140 base pairs longer on average than sedentary people’s. Which correlates to being years “younger” than their sedentary peers.

“Telomeres are a good index of cellular aging,” says study author Larry Tucker of Brigham Young University. “In short, because of lifestyle differences, some adults are older biologically than their chronological age, while others are younger. Given the same chronological age, adults who engage in high levels of physical activity have nine years’ less cell aging than sedentary individuals. That is substantial and meaningful.”

Another study this month, from Mayo Clinic, found that exercise in older people who were formerly sedentary had at least as strong an impact as in it did in young people—at least in the kinds of genes that were expressed. The study also found that these changes were much more robust in response to interval training than to weight lifting or moderate exercise. Which may mean that for some things, the type of exercise we chose matters.

It triggers the growth of new brain cells

This is a particularly cool one. Neuroscientists used to believe the brain was the only organ incapable of growing new cells—which partly makes sense, since we need our brains to be relatively stable over time, to keep our memories intact and to keep us us. But in recent years, it’s become clear that the brain, too, can grow new neurons, in a process called neurogenesis. And what seems to spur the growth of new neurons, perhaps above other activities, is aerobic exercise. (Other things, like meditation and antidepressant medication, have also been shown to trigger brain new cell growth.) The area of the brain that seems most capable of growing new cells is the hippocampus, the seat of learning and memory. It’s also the area that’s known to “shrink” in depression, and particularly in dementia—so the fact that we may have some control over its health is exciting.

Helps treat depression, and prevent it

Despite the fact that depression is now the leading cause of disability across the globe, there are disturbingly few effective treatments. And the ones that are effective for a person often take time, and trial and error, to find. Interestingly, exercise has been shown to be as effective as other forms of treatment for some types of depression.

Studies have consistently shown that physical activity can help treat depression, and on the flipside, that low activity levels are a big risk factor for it. The antidepressant effect of exercise seems to be moderated in part through serotonin, the brain chemical that’s targeted with some antidepressants, and in part through bone-derived neurotrophic factor (BDNF). And this goes back to the generation of new cells mentioned earlier—exercise, though various mechanisms, seems to make the brain more plastic and more capable of growing new cells.

Unfortunately, when people are depressed, exercise can be the last thing one wants to do, which can be a barrier to treatment. But it seems to make a big difference in depression risk, so building up from even a few minutes a day may help. And if you’re not depressed, exercise might prevent depression from developing in the first place.

This may be the most worthwhile reason for exercising there is. Studies have shown how people who exercise are at a significantly reduced risk of developing dementia like Alzheimer’s disease. And even for people who start exercising relatively late in life, brain volume can actually increase over time, as can scores on memory tests, compared to people who don’t exercise (their brains shrunk over time, which is normal part of aging).

“Being active as we age can play a role in cognitive function, and reduce the risk of disease such as dementia and Alzheimer’s,” says Amanda Paluch, a postdoctoral researcher at the Northwestern University Feinberg School of Medicine. “Research has explored several mechanisms, finding that exercise can increase synaptic plasticity and strength of nerve impulses in the brain, and have a positive effect on the hippocampus.”

How much do you really need?

Exercise has been shown to reduce not only the risk of diseases, but also the mortality risk that they confer. Researchers have pointed out that if people exercised more, this change could reduce a huge number of deaths worldwide—for instance, they’ve calculated that over half of all deaths from cancer might be prevented with regular exercise.

But again, it’s not so clear how much we need. The usual recommendations are 150 minutes/week of moderate activity, but as mentioned, that part is still up for debate. Some research suggests we need more than this to reap the benefits, while other suggests that every little bit helps. “Most research shows there is no lower threshold for health benefits,” says Paluch, “meaning that some activity is better than none and even small increases in activity will bring substantial benefits. Physical activity has the fantastic ability to act through multiple physiologic pathways in the body, making it a great bang for your buck.”

It may be best to start small and build up from there. Finding what feels right—a place that’s challenging but not painful—may be the best gauge of all.

[]
We use cookies to ensure that we give you the best experience on our website. If you continue to use this site we will assume that you are happy with it.OkCookie Policy