Speed Up Your Success by Mastering Two Dimensions of Clarity

HomeBlogMotivationSpeed Up Your Success by Mastering Two... 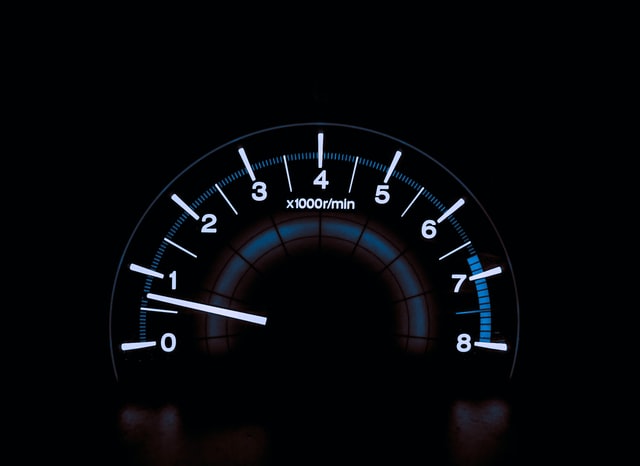 When we use a GPS in unfamiliar territory, we don’t get lost easily. Instead, we arrive at our destination much quicker. Our life is no different. When we are clear about what we want, we get there faster. However, often, we underestimate the power of clarity. We are living in a world of noise, competition, and information overload. Amidst that, we all tend to get distracted easily. We quickly lose our direction in life. In those times, we make choices amidst the lack of sound clarity, ending up in an unwanted place. It takes several years to get back to the point where we originally wanted to go. In this process, we waste much time trying to rectify our course. We get slowed down in life as we take longer than expected to reach our goals.

I came from a low-income family where we could not afford to buy even the books for the school. My father worked hard day and night, hoping I would get a good job someday. Under those circumstances, I direly needed a job and should have knocked on every door for a job.

We had the privilege of some good companies coming to the institution for campus interviews. To many people’s surprise, I did not appear in any campus job interview. Those days, many brilliant students would appear in nationwide examinations for potential jobs at some influential, well-established public companies. I did not choose that path either. Several of my classmates opted to appear in some exams to take admission into top-tier US universities. Again, I did not opt for that route either.

While people were packing their bags to fly out to their newly found careers or routes, I packed my tiny backpack and headed to join a small, underdeveloped training institute for a $50/ month job. Why would I make such an unorthodox, irrational, or ‘career suicide’ decision? Did I lack clarity? Was I confused?

Have you made such an insanely looking decision? If yes, you would know that in those moments, you knew someone forces inside you subconsciously or consciously telling you that it was the right path to go for. You take such indigestible decisions because your inner clarity supersedes everything that might look important at the surface. That clarity makes you brave enough to handle the harshest crisis from people around it.

“Lack of clarity is the primary reason for failure in business and personal life.” – Brian Tracy

My insanely looking decision originated back in my childhood.

I was affected by polio when I was six months old. I lost my ability to walk before I could reach the age of walking. The only way I could walk was by wearing calipers which weighed around 20 kg. I was popularly known as a one-legged guy. The more I was bullied or made fun of, the more I felt worthless and helpless.

I wanted to be known for something more than my disability. I wanted to be somebody else so badly. I needed something that could differentiate me from the crowd. When I thought about it, I realized the only way to make my mark in this world was by gaining “more” differentiating capabilities than others.

In 8th grade school, I happened to read a biography of Isaac Newton. He was a brilliant scientist. Most of us remember him for discovering Newton’s three laws of physics. Do you know that he was disabled too? He suffered from stuttering, epilepsy, and autism. Still, he discovered the most foundational laws of physics. Then I read about Thomas Edison – he was deaf. Albert Einstein also had learning disabilities. The famous Leonardo da Vinci is said to have dyslexia.

That struck me deeply. I thought if Newton and all these guys can, why can’t I? One day in school, I remember once, my teacher asked me, “What do you want to be?” “I want to be a scientist,” I replied. Every single person in the class gave me an ‘eye rolling’ reaction with an open jaw. Before this, I was a subject of being made fun of as a one-legged guy. Those eye-rolling reactions of my classmates told me this was it. Sometimes clarity strikes you like in a way that in a single moment, the whole path of your personal and professional life becomes clear to you.

CLARITY TAKES YOU TO PLACES YOU WANT

That clarity put me on a path which I had to achieve anyhow. Despite my condition and rejections by several colleges, at 21, I graduated as an electronics engineer.

I had a map in my head that guided me to what I wanted, why I wanted it, how I wanted it, when I wanted it, and where I wanted it. After graduating as an engineer, instead of choosing obvious, traditional paths that promised a glorious future, I worked with a $50 per month job. A year later, I became a scientist at 22 for one of India’s premier research labs.

I used that clarity as fuel to propel myself forward at a much higher speed than my peers.

TWO-DIMENSIONAL CLARITY CAN SPEED UP YOUR SUCCESS

Have you ever experienced in life when you thought you were not moving forward fast enough? As it turns out, the lack of clarity is the single most thing that slows down the progress of many people in their personal and professional lives. In those exact moments, most people seek motivation or inspiration. Irrespective of the trigger, the effect of motivation or inspiration is usually short-lived.

I observed that to stay on track in life, you need sustainable, never-ending inspiration. When you have clarity, you get a head start, which is hard to beat. Thus, instead of motivation or inspiration, you need to focus on gaining two-dimensional clarity. The first dimension is about “Why,” which is your emotional drive for doing something you want to do.

Once I had this two-dimensional clarity, I moved forward with all my weapons while others were busy figuring out the best ways to do so. Despite my permanent disability, all my subsequent career achievements that included earning 2 doctorates, receiving over 100 international credentials, traveling around the world, and writing 20 books – all were grounded in the clarity that I had sought in my early years.

CLARITY IS THE NEW SUPERPOWER

To get your life back on track, you don’t need to be the best in the class or insanely mad after your goals. If you want to be a star performer in a short time, do not put your foot on the pedal before you have the map in your hand. Your map is your clarity.

Once you have clarity, you have the sustainable fuel that will propel you forward. You will get unmatchable speed in your personal and professional life. You will produce amazing results in a shorter time.

Search for that clarity first because it is the new superpower in the chaotic, noisy, and confusing world surrounding us.