What is the Link Between Emotions and Food?

HomeBlogNutritionWhat is the Link Between Emotions and Food? 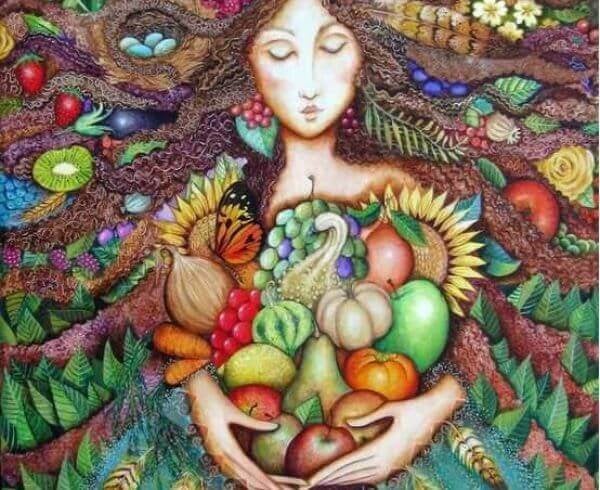 Our emotions have a lot of power over what food we eat and our other eating habits. For example, it has been found that the link between emotions and food is stronger in obese people than in non-obese people and in dieters compared to people who do not diet (Sánchez and Pontes 2012).

And we’re not just talking about how what we eat affects how we feel, but also how what we feel affects the how we eat. In this regard, Cooper et al. (1998) tell us that if you have trouble regulating your bad moods, you are more likely to develop an eating disorder, and it’s more likely to persist.

Emotional regulation is when a person manages their emotions, taking circumstances and other people’s emotions into account. Interestingly, it has been observed that shame and guilt are emotions that may most significantly and negatively affect your diet. The link between emotions and food is more important than you might think.

“What we think generates emotions, but so does what we eat.”

Emotions and food: a duo that matters a lot to your health

People respond differently to their emotions depending on different factors including their environment, childhood, and skills in emotional management. And this plays into how well they can control their weight.

For example, it has been demonstrated that the more a person’s emotions influence what they eat, the less control they have over the number of meals they eat, skipping breakfast being the most common behavior. The link between emotions and food is evident.

The most influential emotional factor in sedentary people is having a lack of control when it comes to eating and giving in to cravings for junk food. However, in athletes, feelings of guilt, like being afraid of the scale and eating “bad” foods, is more influential.

The emotional factors in sedentary people are more dysfunctional than in athletes. Cravings and a lack of self-control over what you eat is linked more to overeating and eating disorders.

Some people have eating habits that categorize them as “repressed” eaters or chronic dieters. These people are characterized by an exaggerated fear of gaining weight, hence the dieting. Paradoxically, under these restrictive conditions, they end up increasing their food intake by overeating.

Abusing the pleasurable act of eating won’t just make us tired and wanting to eat more, but it can also cause serious health problems. The interaction of emotions and food has to be based on eating what our body needs.

Let’s demonstrate that prohibiting certain foods leads to an obsession with it. I am going to tell you a phrase that you should not remember later. “There is a yellow butterfly in the room.” Do you see how it has the exact opposite effect? We tell you not remember it but your brain can’t help but think about it. It’s unconscious. Your unconscious guides your body, interpreting and storing the information received by your senses.

One thing about the unconscious is that it works through symbols and images, instead of text or letters. This implies that the unconscious does not process negative terms. If we say “I should not eat french fries,” the unconscious will only have the image of french fries. Therefore we’ll want to eat them. While this doesn’t always happens, there is a certain likelihood, just because of how our brains work.

When we use food to calm down, we are eating emotionally. One way or another, if you worry about your weight and body you’re masking something deeper. Then it turns into a vicious cycle of unresolved worries that will keep us from growing.

Each organ generates some kind of emotion. The particular foods you eat lead to particular emotions. This happens because each food “attacks” different organs. If we eat foods that block our liver, such as alcohol, emotions of annoyance, anger, aggression or impatience will be more likely.

The reason people with emotional problems often turn to food to feel better is because many foods contain tryptophan. Tryptophan is an amino acid that triggers the release of serotonin. It is thought that low levels of serotonin are associated with depression and obsession.

A serotonin deficiency has negative effects on your body, including sadness and irritability. When your body does not produce tryptophan, you get it through the food you eat. Therefore, foods rich in this amino acid act as natural antidepressants.

According to experts, the food group that best helps you regulate emotions are grains. They’re rich in vitamin B, which directly influences your nervous system. It has been shown that frequent consumption of grains reduces anxiety.

article from exploring your mind