What Keeps The Rock Going? 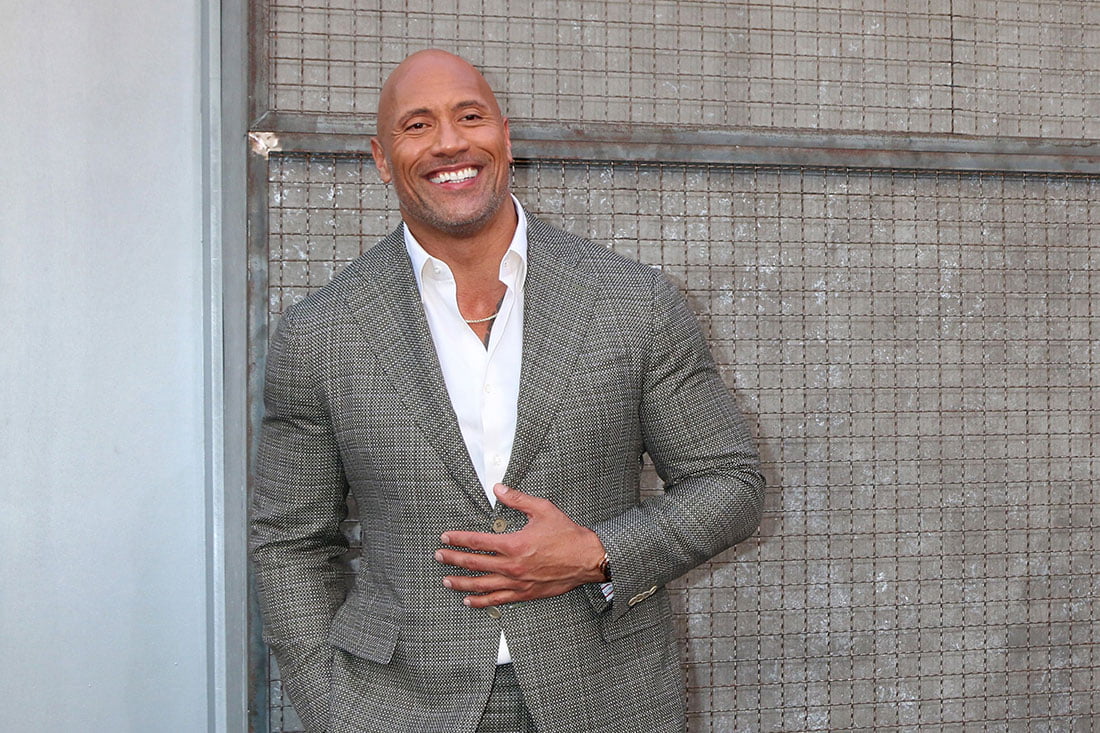 16 days ago by Andrei Rusu in Motivation 0 0

He is one of the most recognizable people in Hollywood, with films grossing nearly $10.5 billion worldwide. But once upon a time, Johnson was just a 6-foot-5-inch high school manchild trying to live out his professional football dreams. After a college career that included a national championship at the University of Miami in 1991, the dream was closer. But then the 1995 NFL Draft rolled around, and Johnson wasn’t picked. He signed with a Canadian professional team only to be cut after two months.

“In 1995, I had seven bucks in my pocket and I knew two things: I’m broke as hell and someday I won’t be,” Johnson says.

With football in his past, Johnson turned to the family business: pro wrestling. As a third-generation wrestler, “Rocky Maivia” was hyped early and often, despite his lack of experience. For the next eight years, “The Rock” would transform the sport, ushering in the WWE’s “Attitude Era” of trash-talking and mayhem. He holds the title for most-watched pay-per-view fight. But building one of the greatest-ever careers in wrestling wasn’t enough.

The hungry and charismatic Johnson we know from huge-budget action movies made his major film debut in The Scorpion King. In less than two decades, he has become the highest-paid movie actor of all time, launched his own media company, and most recently became the most-followed American man on Instagram after breaking 200 million in October. (Cristiano Ronaldo is the most followed human on the planet, with 241 million.) All this is to say that Johnson has made an undeniably (and by any measurement) successful career by pouring his heart into every single thing he does.

“The single most powerful thing I can be is myself,” Johnson says.

You want to like Johnson. It might be listening to him belt out “You’re Welcome” in the popular animated film, Moana. It could be his quick flashes of vulnerability in comedy roles like Baywatch and Jumanji. Or maybe the inspiration you feel from scrolling through his Instagram profile. (Seriously, check it out. It would blow any case of the Mondays out of the water.) Even when he broaches topics that many entertainers choose to avoid, you want to like Johnson. He’s open and honest about his political beliefs. He regularly speaks out about social issues, has been known to donate money for an abandoned dog’s surgery, and expresses an undying love and support of U.S. troops.

To be that famous, that outspoken and still that likeable is no easy feat. But in several vulnerable interviews, Johnson talks about his difficult childhood, growing up poor, and fighting for every inch. Rather than touting a tired rags-to-riches story brimming with a by-the-bootstraps mentality, Johnson acknowledges that it’s not always enough. But in the face of uncontrollable roadblocks, there is still an opportunity to fight.

“I grew up where, when a door closed, a window didn’t open,” he says. “The only thing I had was cracks. I’d do everything to get through those cracks—scratch, claw, bite, push, bleed. Now the opportunity is here and it’s as big as a garage.”

Was it always Johnson’s purpose to become the biggest name in WWE and then become the highest-paid actor in Hollywood? Who knows? And to ask Johnson, who cares? The purpose isn’t some secret to unlock. Happiness and fulfillment are found in the little cracks that open with hard work and consistency, which you’ll see in nearly every single one of his Instagram posts.

“We do today what they won’t, so tomorrow we can accomplish what they can’t.”

As with all successful people, we look to them for a roadmap of sorts. We try to find clues to help us along our own journeys. Johnson’s life is chock full of wisdom nuggets about adapting, increasing positivity and being resilient in the face of failure. Here are seven of our favorites.

Whether you’re trying to make the NFL or you’re trying to make senior partner at your law firm, resiliency benefits all. But it takes consistency to build any muscle, resiliency included. Start by choosing one small thing—drinking eight glasses of water per day, for example—and doing it every day for a week. Then for a month. Then for three months. Add an additional small thing when you feel like you’ve got the first one down. When it feels silly or pointless or hard, remind yourself that you’re building a muscle and it’s not supposed to be fun all the time.

2. Surround yourself with positivity.

For many, “be positive” is far from helpful. Especially in stressful or difficult periods of our lives, such trite and generic advice can bring even more feelings of negativity. Instead of trying to hack your way into positivity, increase the number of positive cues in your environment. What that looks like is up to you: sticky notes in obvious places with mantras; making regular plans with positive people in your life; or maybe listening to an uplifting podcast first thing every morning.

Along with that, ditch the idea of “it’s always been done this way.” Many of us have a rough idea of where we see our life heading. For some, it’s a white picket fence and a few kids in the yard. For others, it’s a life of travel and adventure. Along with that vision is a self-created timeline of when those things should happen. Ditch that too. Life never works out like you think it will, and that’s the beauty of it. Plan for the future, sure, but embrace the wild turns that happen along the way.

Imagine a spectrum of risk-comfortability. We all land somewhere on that spectrum, but it’s not static. As children, we don’t have enough life experience to understand the potential consequences of risky behavior. As we age, our learned lessons often make us play it a little safer. But nothing big happens out of playing out your life small. Increase your risk comfortability by taking little risks every day. This looks different for everyone, but can include things like volunteering to head up a new project at work when you’ve previously stayed in the background or having a difficult conversation with a friend that you’ve put off for years.

What better way to adapt than to constantly be learning, growing, and expanding your worldview? Listen to podcasts outside your normal interests. Read nonfiction books recommended by people who intimidate you. Take online or in-person tactics on topics that scare you. Humans are like trees, and our potential to grow over the course of our lives is nearly limitless.

There are a thousand reasons to say no. No to a girl’s night after a long day/week/month at work. No to working out at 6 a.m. because we got a bad night’s sleep. No to that new freelance gig because we convince ourselves that we’re not quite qualified. Take a page from Shonda Rhimes’ book and just say yes. Try it for a week and write about what you feel, what thoughts arise, and how the trajectory of your week changed.

If you’ve ever thought to yourself, Wow, that week really flew by, ask yourself why that is. If you were so busy with work or home responsibilities that you didn’t have time to just be with yourself, how does that make you feel? If you prioritize yourself last, what version of you are you giving to your loved ones? When we let life happen to us, we lose the parts of ourselves that make us, us. Start by writing down everything you do each day. Then make a list of things you’d like to do for yourself every day. Create space for that list. Be relentless and unforgiving with your new calendar.

I am a young entrepreneur with experience in the Health & Wellness Food Industry. My journey started in 2013, when I kicked-off my own Fitness/Personal Trainer business. Over the following two years, inspired by the needs of my client base, my business gradually morphed into a Health and Wellness Food production and Catering service.
Over a 6-year period, I have grown my business from a one-man home-based operation to a fully professional kitchen setup with 12 staff. During this time, I have enhanced my experience in business management, marketing & market research, people management and public speaking.
I’m also a graduate of the Faculty of Economics and Engineering at Politehnica University of Bucharest, in Romania.
I also have degrees in nutrition and PT.

What can you do to stay on track if you travel a lot?

Daily habits that will determine what body you have

How Your Nutritional Needs Change as You Age