The 9 Best Foods to Eat Before Bed 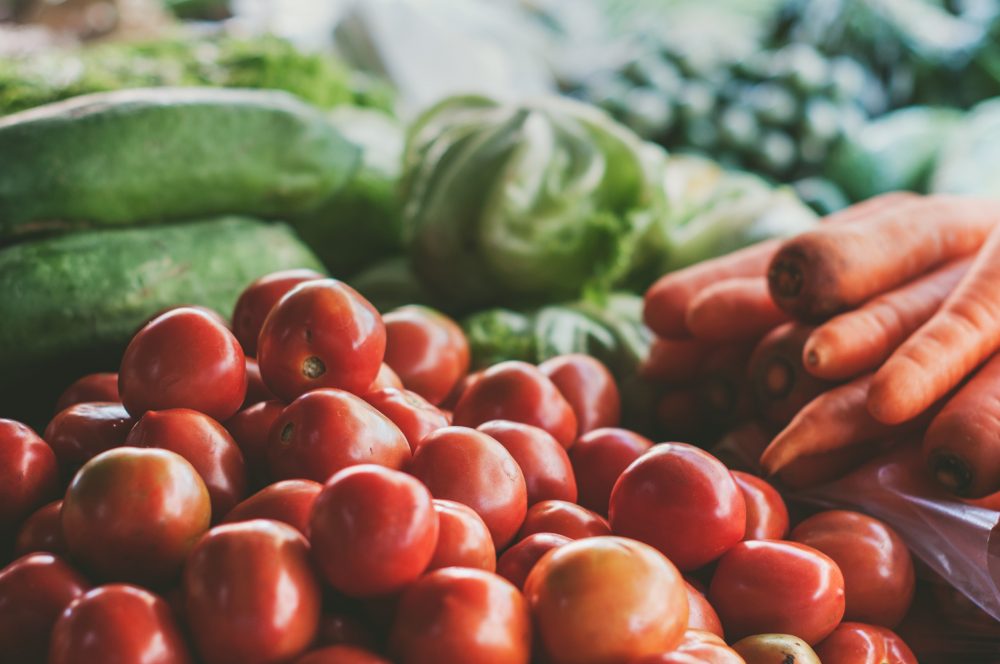 Food sleep is incredibly important for your overall health.

It may reduce your risk of developing certain chronic illnesses, keep your brain and digestion healthy and boost your immune system .

It’s generally recommended to get between 7 and 9 hours of uninterrupted sleep each night, though many people struggle to get enough .

There are many strategies you can use to promote good sleep, including making changes to your diet, as some foods have sleep-promoting properties .

Here are the 9 best foods you can eat before bed to enhance your sleep quality.

Almonds are a type of tree nut with many health benefits.

They are an excellent source of many nutrients, as one ounce contains 14% of your daily needs for phosphorus, 32% for manganese and 17% for riboflavin .

Also, eating almonds regularly has been associated with lower risks of a few chronic diseases, such as type 2 diabetes and heart disease. This is attributed to their content of healthy monounsaturated fat, fiber and antioxidants .

It has been claimed that almonds may also help boost sleep quality.

This is because almonds, along with several other types of nuts, are a source of the sleep-regulating hormone melatonin .

Almonds are also an excellent source of magnesium, providing 19% of your daily needs in only 1 ounce. Consuming adequate amounts of magnesium may help improve sleep quality, especially for those who have insomnia .

Magnesium’s role in promoting sleep is thought to be due to its ability to reduce inflammation. Additionally, it may help reduce levels of the stress hormone cortisol, which is known to interrupt sleep .

Yet despite this, research on almonds and sleep is sparse.

One study examined the effects of feeding rats 400 mg of almond extract. It found that the rats slept longer and more deeply than they did without consuming almond extract .

The potential sleep-promoting effects of almonds are promising, but more extensive human studies are needed.

If you want to eat almonds before bed to determine if they impact your sleep quality, a 1-ounce (28-gram) serving, or about a handful, should be adequate.

Turkey is delicious and nutritious.

It is high in protein, providing 4 grams per ounce (28 grams). Protin is important for keeping your muscles strong and regulating your appetite .

Additionally, turkey is a good source of a few vitamins and minerals. A 1-ounce (28-gram) serving contains 5% of your daily needs for riboflavin, 5% for phosphorus and 9% for selenium .

Many people claim turkey is a great food to eat before bed due to its ability to promote sleepiness, although no studies have examined its role in sleep, specifically.

However, turkey does have a few properties that explain why some peo

ple may become tired after eating it. Most notably, it contains the amino acid tryptophan, which increases the production of the sleep-regulating hormone melatonin .

The protein in turkey may also contribute to its ability to promote tiredness. There is evidence that consuming moderate amounts of protein before bed is associated with better sleep quality, including less waking up throughout the night .

However, eating some turkey before bed may be worth trying, especially if you have trouble falling asleep.

It is well known for its content of flavones, a class of antioxidants that reduce inflammation that often leads to chronic diseases, such as cancer and heart disease .

There is also some evidence that drinking chamomile tea may boost your immune system, reduce anxiety and depression and improve skin health. In addition, chamomile tea has some unique properties that may improve sleep quality .

Specifically, chamomile tea contains apigenin, an antioxidant that binds to certain receptors in your brain that may promote sleepiness and reduce insomnia .

One study in 34 adults found those who consumed 270 mg of chamomile extract twice daily for 28 days fell asleep 15 minutes faster and experienced less nighttime wakening, compared to those who did not consume the extract (26).

Those who drank chamomile tea also had fewer symptoms of depression, which is commonly associated with sleep problems .

Drinking chamomile tea before going to bed is certainly worth trying if you want to improve the quality of your sleep.

Kiwis are a low-calorie and very nutritious fruit.

One medium kiwi contains only 50 calories and a significant amount of nutrients, including 117% of your daily needs for vitamin C and 38% for vitamin K.

It also contains a decent amount of folate and potassium, as well as several trace minerals .

Furthermore, eating kiwis may benefit your digestive health, reduce inflammation and lower your cholesterol. These effects are due to the high amount of fiber and carotenoid antioxidants tha

According to studies on their potential to improve sleep quality, kiwis may also be one of the best foods to eat before bed .

In a four-week study, 24 adults consumed two kiwifruits one hour before going to bed each night. At the end of the study, participants fell asleep 42% more quickly than when they didn’t eat anything before bedtime.

Additionally, their ability to sleep through the night without waking improved by 5%, while their total sleep time increased by 13% .

The sleep-promoting effects of kiwis are thought to be due to their content of serotonin, a brain chemical that helps regulate your sleep cycle .

It has also been suggested that the antioxidants in kiwis, such as vita

min C and carotenoids, may be partly responsible for their sleep-promoting effects. This is thought to be due to their role in reducing inflammation .

More scientific evidence is needed to determine the effects that kiwis may have in improving sleep. Nevertheless, eating 1–2 medium kiwis before bed may help you fall asleep faster and stay asleep longer.

Additionally, it is a rich source of antioxidants, including anthocyanins and flavonols. Antioxidants may protect your cells from harmful inflammation that can lead to chronic diseases like diabetes and heart disease .

Tart cherry juice is also known to promote sleepiness, and it has even been studied for its role in relieving insomnia. For these reasons, drinking tart cherry juice before bed may improve your sleep quality .

t of melatonin, which is a hormone that regulates your internal clock and signals your body to prepare for sleep .

In two studies, adults with insomnia who drank 8 ounces (237 ml) of tart cherry juice twice a day for two weeks slept about an hour and a half longer and reported better sleep quality, compared to when they did not drink the juice .

Although these results are promising, more extensive research is necessary to confirm the role tart cherry juice has in improving sleep and preventing insomnia.

Nevertheless, drinking some tart cherry juice before bed is certainly worth a try if you struggle with falling or staying asleep at night.

Fatty fish, such as salmon, tuna, trout and mackerel, are incredibly healthy.

What makes them unique is their exceptional vitamin D content. For example, a 3.5-ounce (100-gram) serving of salmon contains 525–990 IU of vitamin D, which is over 50% of your daily needs .

Additionally, fatty fish are high in healthy omega-3 fatty acids, specifically EPA and DHA, both of which are known for reducing inflammation. Omega-3 fatty acids may also protect against heart disease and boost brain health .

The combination of omega-3 fatty acids and vitamin D in fatty fish have the potential to enhance sleep quality, as both have been shown to increase the production of serotonin, a sleep-promoting brain chemical .

In one study, men who ate 300 grams of Atlantic salmon three times a

This effect was thought to be due to the vitamin D content of the salmon. Those in the fish group had higher levels of vitamin D, which was linked to a significant improvement in sleep quality .

Eating a few ounces of fatty fish before bed may help you fall asleep faster and sleep more deeply, but more studies are needed to make a definite conclusion about the ability of fatty fish to improve sleep.

Walnuts are a popular type of tree nut.

They are abundant in many nutrients, providing over 19 vitamins and minerals, in addition to 2 grams of fiber, in a 1-ounce (28-gram) serving. Walnuts are particularly rich in magnesium, phosphorus, copper and manganese .

Additionally, walnuts are a great source of healthy fats, including omega-3 fatty acids and linoleic acid. They also provide 4 grams of protein per ounce, which may be beneficial for reducing appetite .

Walnuts may also boost heart health. They have been studied for their ability to reduce high cholesterol levels, which are a major risk factor for heart disease .

What’s more, eating walnuts has been claimed to improve sleep quality, as they are one of the best food sources of the sleep-regulating hormone melatonin .

The fatty acid makeup of walnuts may also contribute to better sleep. They provide ALA, an omega-3 fatty acid that’s converted to DHA in the body. DHA may increase production of serotonin, a sleep-enhancing brain chemical .

Unfortunately, the claims about walnuts improving sleep are not supported by much evidence. In fact, there have not been any studies that focus specifically on walnut’s role in promoting sleep.

Regardless, if you struggle with sleep, eating some walnuts before bed may help. About a handful of walnuts is an adequate portion.

Passionflower tea is another herbal tea that has been used traditionally for many years to treat a number of health ailments.

It is a rich source of flavonoid antioxidants, which are known for their role in reducing inflammation, boosting immune health and reducing heart disease risk .

Additionally, passionflower tea has been studied for its potential to reduce anxiety.

This is attributed to its content of apigenin, an antioxidant that produces a calming effect by binding to certain receptors in your brain .

There is also some evidence that drinking passionflower tea increases the production of GABA, a brain chemical that works to inhibit other brain chemicals that induce stress, such as glutamate .

The calming properties of passionflower tea may promote sleepiness, so it may be beneficial to drink it before going to bed.

In a seven-day study, 41 adults drank a cup of passionflower tea before bed. They rated their sleep quality significantly better when they drank the tea, compared to when they did not drink the tea .

More research is needed to determine the ability of passionflower tea to promote sleep, but it is certainly worth trying if you want to improve your sleep quality.

White rice is a grain that is widely consumed as a staple food in many countries.

The major difference between white and brown rice is that white rice has had its bran and germ removed, which makes it lower in fiber, nutrients and antioxidants.

Nevertheless, white rice still contains a decent amount of a few vitamins and minerals. A 3.5-ounce (100-gram) serving of white rice provides 14% of your daily needs for folate, 11% for thiamin and 24% for manganese .

Also, white rice is high in carbs, providing 28 grams in a 3.5-ounce (100-gram) serving. Its carb content and lack of fiber contribute to its high glycemic index, which is a measure of how quickly a food increases your blood sugar .

It has been suggested that eating foods with a high glycemic index, such as white rice, a few hours before bed may help improve sleep quality .

In one study, the sleep habits of 1,848 people were compared based on their intake of white rice, bread or noodles. Higher rice intake was associated with better sleep, including longe

It has also been reported that white rice may be most effective at improving sleep if it is consumed at least one hour before bedtime .

Despite the potential role that eating white rice may have in promoting sleep, it is best consumed in moderation due to its lack of fiber and nutrients.

Other Foods That May Promote Sleep

Several other foods have sleep-promoting properties, but they have not been studied specifically for their effects on sleep.